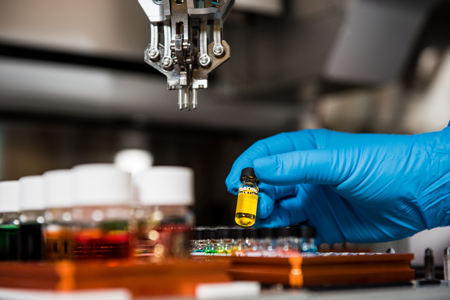 In September 2000 the Sonalee Laboratory was opened at St. George’s University of London. In 2020, it subsequently moved, following the move of the Marfan Trust, to the Guy Scadding Building, hosted by Imperial College, London, (located beside Brompton Hospital which also provides support to it).

The laboratory was named after Dr Sonalee Wijetunge, a St. George’s Hospital graduate, who died from Marfan syndrome. It is funded directly by the Marfan Trust and its donors.

Regularly receiving samples from UK families and sometimes from all over the world, the laboratory (lab) has achieved an enviable 91% success rate in mutation detection in classic Marfan syndrome. The lab also has access to an ABI Sequencing Genetic Analyser (3130xl), which enables the research team to screen patients and their families for mutations (gene errors) in the Marfan gene. Once a mutation has been identified, it can be used for diagnostic screening of at-risk family members, so that preventive therapy can be offered at the optimum time, thus improving the quality and quantity of life expectancy. The effect of every mutation in the gene tends to be different for each family and for different patients in the same family. Click here to view past lab achievements and current projects.