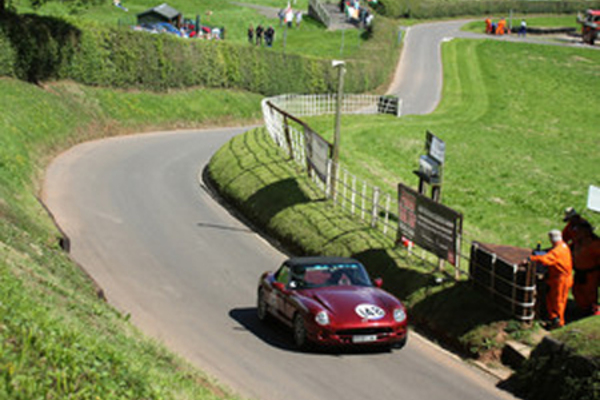 We were adopted by the TVR Car Club (TVRCC) Speed Championship thanks to Richard Bream who is a member. The TVR Car Club is the only club in the world that caters for all TVR enthusiasts. It currently has around 6,000 members in 34 countries, in five continents.

The Speed Championship is the Sprint and Hillclimb racing series (only for TVR cars). Being adopted meant that most, if not all, competitors' cars carried the Marfan Trust logo throughout the season. Also, the organisers operated a “pounds for points” system where the drivers were able to pledge a certain amount in relation to how many championship points they individually scored throughout the season with the money going to the Marfan Trust. Overall TVR raised a wonderful £3,000 for the Marfan Trust. As well as raising funds for us, they have also raised tonnes of awareness of Marfan Syndrome.

This is fantastic, thank you so much Richard and all the members and organisers of the TVR Car Club especially Heath Briggs and Bill Campion for donating the auctioned prizes, Shelagh and Peter Ash and Sara and Steve Mogg for their winning auction bids, Andrew Gray and Geoff Gwynne for the bids on the Hamilton Hat but most of all the marvellous Jo Briars and Steve Hunter for adopting the Marfan Trust. We are extremely grateful.