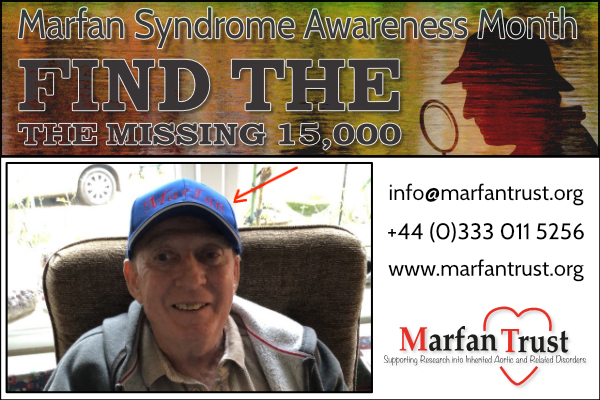 Marfan syndrome does not define us, but it unites us all on a mission to spread awareness. There are many ways, big and small, flashy and subtle, to do this. Derek is sporting his hand-sewn Marfan baseball cap to make the world Marfan aware!  Here's his story!

My parents were profoundly deaf. As a family we did not know about Marfan syndrome. 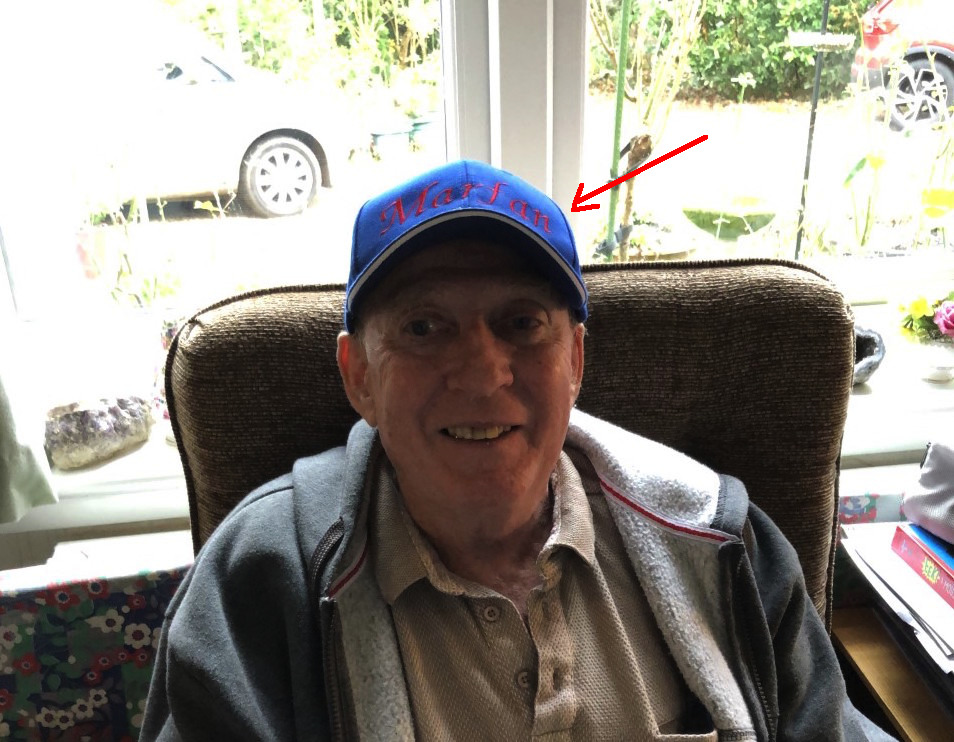 I had scoliosis as a child that really worsened and eventually led to my spinal fusion in 1970 at 16, when I lost inches in height.

After the surgery was completed one of my friends many years later said he may have heard something called Marfan syndrome. That single solitary mention of it stayed with me.

Later in life I went to a refraction clinic at Moorfield’s and they asked me who I was under for my heart. I was referred to a cardiologist and ended up going to St Barts for two years. My aortic valve was replaced (St Jude’s mechanical valve) in 1999. Both eyes were operated on at Moorfields, and I have had two pacemakers over the years. I now have an implantable cardioverter defibrillator ICD implant after a Cardiac arrest circa 2019. I read an article in the Daily Mail by Dr Anne Child about Marfan syndrome and I recognised all the traits in me. I got in touch with Dr Child, got a firm diagnosis, and the rest is history xx Derek

Derek continues to raise funds and awareness every year for the Marfan Trust through his masonic lodge. Thank you, Derek!!!!